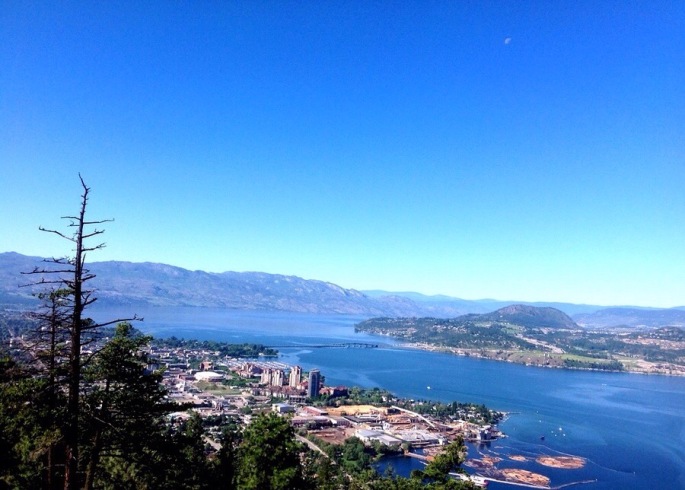 Due to the election and the possibility that Donald Trump may become President of United States, the Canadian government has released (for the very first time in Canadian history), the option for Americans to live in Canada as long as they know Canadian friends.

NOTE : Read important message way down below after you read this amazing offer.

The new government program is called “Free Americans from Donald Trump”
For a Limited Time Offer :

The above is a limited time offer and it’s best you come before the snow flies up here in the Great White North. Sign the waiver document below before Oct 31 2016 and YOU will also receive an additional FREE Expedition Parka Fusion valued at $1000 US. Canada Goose extreme weather outerwear is made in Canada since 1957. Canada Goose provides Parkas, coats, shells, jackets, bibs, pants, gloves, mittens and toque (Tuk or otherwise known as a bloody warm hat) for the whole family.

The Canadian government and the Canadian people will welcome all Americans in a celebration resembling the Fourth of July – Independence Day. Every year we will celebrate “Independence Day in Canada” waving both American and Canadian flags.
It’s our commitment to help our friendly American neighbours in times of uncertainty and make them feel at home in Canada.

Home away from Home, sort-of-speak.

Don’t worry, we will teach you how to say,” Eh?” at the end of each sentence. Pretty soon you’ll be saying these very words,” I’m American and I’m living in Canada as an American citizen. That’s pretty good…eh?” At first the term “eh” will be hard to get use to, but after a year it will become part of your vocabulary…eh?  It quite possible Canada may be the new WESTWORLD.

We welcome our American friends to Canada! Bonjour America! 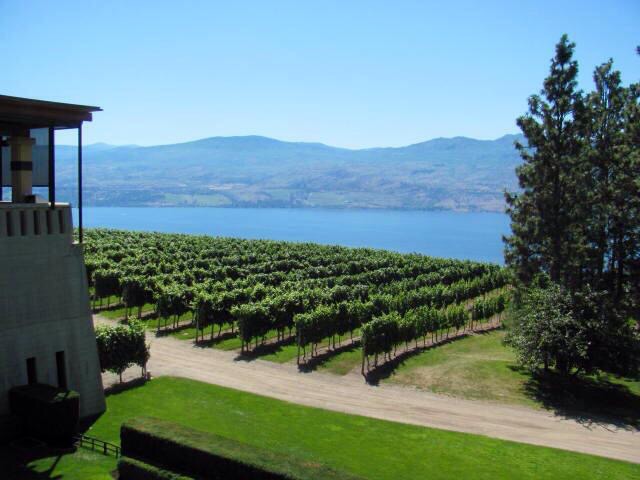 BEFORE YOU READ AND SIGN THE BELOW WAIVER, PLEASE REFER TO VERY IMPORTANT MESSAGE AT THE BOTTOM of this page. 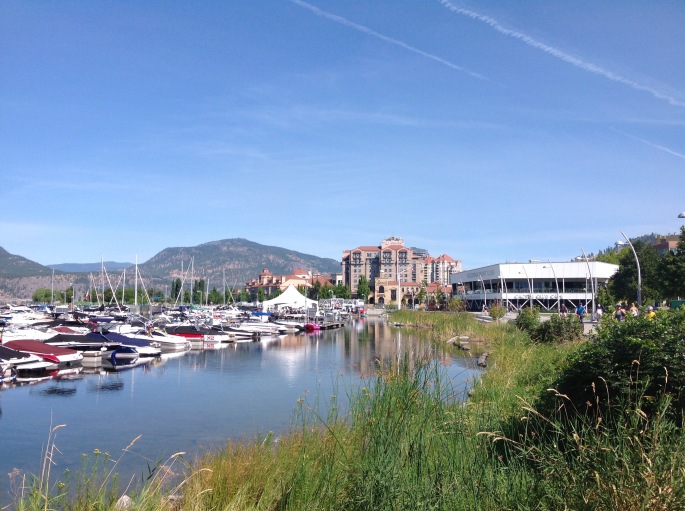 Read carefully – This will affect your legal rights, but don’t worry, eh? 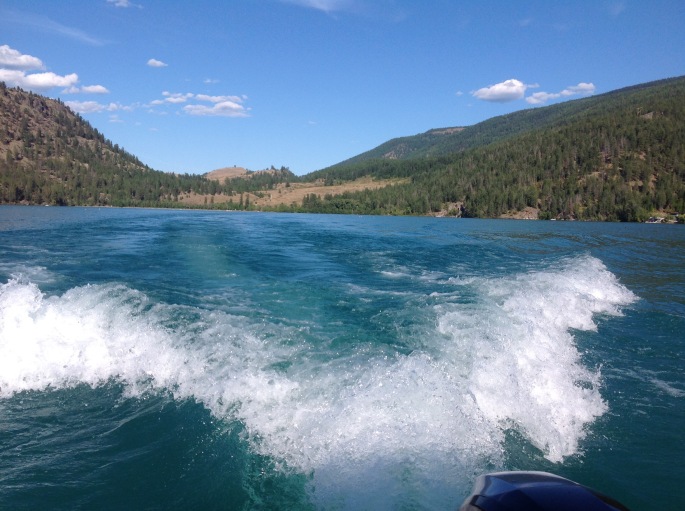 The above photo is of Kalamaka Lake ( lake of many colours) in Vernon, BC – Photo  Credit : Bari Demers

We hope our American friends enjoy living in Canada, as we deem our friends of America as our friendly neighbours and we hope you do come and visit CANADA on a regular basis.

We also like to THANK YOU for all the fun we’ve had in Vegas, Nevada Arizona, California, Montana and Hawaii – we Canadians truly appreciate your patronage and warm welcome into the United States.

BUT – the offer above is humour, as I don’t believe our Prime Minister would allow it.

FIRST and foremost, Canadian’s already know Americans rarely think of Canada or even care. But, we do care what happens south of us. As a business relationship, our countries trade back and forth one billion dollars, each and every day. That in itself means something. Everything United States does, effects Canada, in one way or another.

But to most Canadians, it not only about business, it’s friendships. We want the best for Americans to. And when there’s an upset in your election, we listen. We really listen.

The newly elect Donald Trump may be what your hoping for, but it worries us greatly. We wonder if the Electoral College system works properly ? Does it really work for the people?

With the recent protests and young Americans placing up signs, saying,” All Power to All the People” we begin to worry. Is the Electoral College system working like it should?

Does each vote count?

And that’s the problem. We have the similar problem here in Canada, where each Province is counted in relationship to the population. In other words, you would need the votes of BC, Alberta, Saskatchewan and Manitoba to all agree, in order to beat the eastern Canadian population, as in Ontario and Quebec. Unfortunately Newfoundland & Labrador, New Brunswick and Nova Scotia, all have a hard time for their vote to be counted.

What this means, in Federal Elections in Canada 🇨🇦 Ontario and Quebec dictate the outcome of the election. Mind you, in this last Federal Election, the west and east agreed with the liberal election of our Prime Minister Justin Trudeau.

Luckily for us, Prime Minister Trudeau has worked out for all Canadians. The only thing I wish – stop spending money.

But, as for the Electoral College and our system in Canada, it doesn’t seem to be in the favour of a true democracy. A democracy where all the people are heard, all the time. 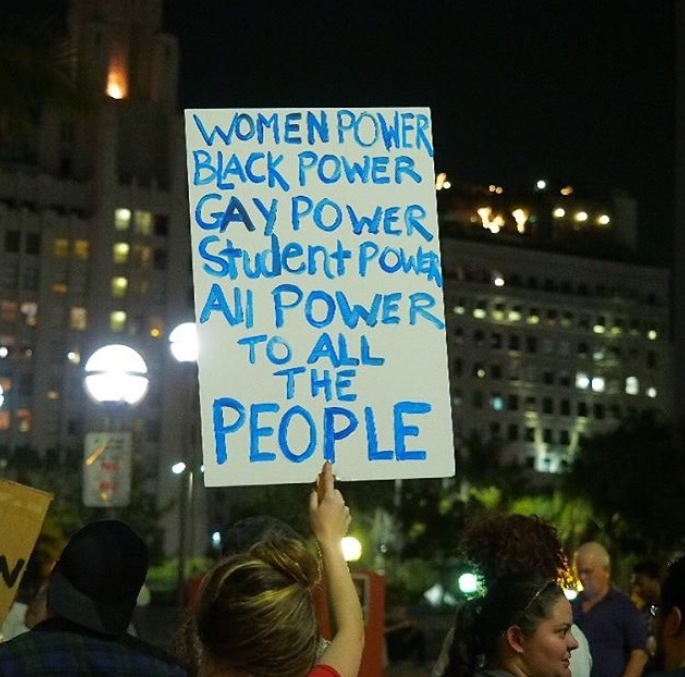 I believe the sign in the NY protest says it all :

All Power to All the People

It will be interesting to see what happens in the next six months.

The Trump University court cases ? Three of them involve serious lawsuits, involving Trump and his companies in allegations of fraud and racketeering. As he settles into the White House, and it just so happens he gets charged in just one of these allegations, he will be impeached like President Nixon was in August 1974, during the Watergate scandal.

The definition of Impeachment: a formal accusation of wrongdoing against a public official. According to the United States Constitution, the House of Representatives can vote to impeach an official, but the Senate actually tries the case.
The moral of this story ?

All Power to All of the People all of the time.

After a year long election, everyone just wants to get back to the normality of living. But I don’t think things will be normal in the United States for the next four years.

As far as Canada is concerned, Trump may start up the pipeline extension across the United States 🇺🇸. This will surely evoke protests and unrest, but for the Province of Alberta, it will mean prosperity.

Four years – what will it mean to Canada 🇨🇦 and United States 🇺🇸?

We Canadians (I do mean anyone with a brain) real do understand the importance of what happens to our Americans friends. And I do say friends, because we respect your opinion, even though we may not agree with some of them ( example: gun control). We can agree to disagree.

And yes, it’s true, we know Americans don’t even think of Canada. Period.

We understand a true friendship takes time to grow and we will wait, ready to welcome you into Canada, as a friend. A friend where we share the same values of freedom, lifestyle and goals for our children and grandchildren.

And – if you’re happy with the newly elect Donald Trump, that is your right. We can only hope for the best in America, and hope for Americans to successful understanding the hopes and dreams for Canadians too.

That’s all we can hope for.

On that note, I would like to mention, I wrote this piece on our Freedom and what it really means. Please read it and you’ll understand a little of Canada and how we think of our freedom as you do. Thank you for listening and I truly welcome my friendly American neighbours, of which I have many.

BTW – Canadians love Vegas – a lot! So much so I operate a fun Facebook Page called Vegas Reviews – come join in the FUN of Las Vegas !

6 thoughts on “Welcome to Canada ”