The robotic revolution was upon us.

It was common place to see androids from all walks of life, from space exploration to household protectors.  The world reknown Dr Ford created the first entertainment park called WESTWORLD.

Back in 2015, Steven Hawkins warned us,” Artificial intelligence could spell the end of the human race”.

But no one took Steven’s advice.

At first androids were clumsy, to the point of even being comical. So, the thought of androids controlling mankind was preposterous, to say the least. All the ‘Terminator Trilogy’ movies heed caution, but again, it was just a bunch of science fiction.

Really, what could possibly go wrong?

Celebrations bringing in the New Year 2045 started off very promising, with new heights to space exploration.

Mankind had finally established a Mars colony after three failed attempts. Galileo III ( predecessor of satellite Galileo) explored our cosmic gas giant Jupiter for a third time. Scientists knew from previous missions, Jupiter didn’t have a land mass like earth, but were amazed to find a massive ocean swirling beneath the volatile atmosphere composed of hydrogen, helium and nitrogen.

The next question on everyone’s mind,” Could life really exist on Jupiter after all?”

After the discovery of sea life on Titan, it was logically the next step to assume Jupiters oceans could also be teaming with an alien form of life.

Exploration was going as planned until the fateful day on July 10, 2045, historical became known as ‘Black Friday’ when everything suddenly came to an immediate halt.

Life on Earth changed drastically, after our moon barely recovered from the most disastrous collision of any asteroid before it, appropriately named ‘Black Death’.

It was only 20 meters round, but it’s composition of solid black ore pulverized our lunar satellite at speeds calculated at over 60 kilometers per second. It literally knocked our moon off its axis, catapulting precariously into an irregular elliptical orbit around earth.

The newly formed moon colonies never had a chance.
Earth’s land mass changed drastically due to the new gravitational pulls on our ocean tides. New lands were formed while existing land formations, such as New York, succumbed to the unexpected tsunami waves. Four million souls lost their lives that dreadful day in New York alone, but they weren’t the only ones effected. Vancouver Island, Baja California, San Diego and half of L.A. disappeared. Worldwide, 600 million people were swallowed up by the sea.

Mankind adapted, but Earth was never the same.

Earth was a colder place, as moon dust surrounded our globe, hiding our precious sun. The race for survival and humanity, quickly produced new technology, from automated unmanned vehicles called ‘Spinners’ to more efficient military androids to control the masses.

Everyone marvelled the massive Spinners swirling about, like beacons of stars, preformed to dissolve the dust crystals within our stratosphere. The filtration system effectively allowed our Sun to shine on earth once again.

But, politics had changed for the worst.

After the disaster, worldwide sects of survivalist tried to rule the earth, each with their own fascist dictatorship. Religious groups banned together, forming from the ‘Christian Knight Saviours’ to the muslin ‘Revelation Crusaders’.

All believed they were the RIGHT PASSAGE TO GOD.

“But understand this, that in the last days there will come times of difficulty. For people will be lovers of self, lovers of money, proud, arrogant, abusive, disobedient to their parents, ungrateful, unholy, heartless, unappeasable, slanderous, without self-control, brutal, not loving good, treacherous, reckless, swollen with conceit, lovers of pleasure rather than lovers of God, having the appearance of godliness, but denying its power.”

Hundreds of thousands died by the sword of RIGHTEOUSNESS.

Governments with large enough military forces barely survived, while the weak failed miserably. United States banded together with Canada while all of Europe formed their own allegiance. South America and Mexico became known as the ‘Savages Territory’, completely ruled by drug cartels and sect dictators.

United States formed the strongest military opposition ever seen before.

The newly appointed female President, Christine Jefferson was sworn in as the 60th President of the United States on November 20, 2060. President Christine Jefferson introduced a Bill, referred to as the Committee of Automation, whereby congress quickly approved, in order to begin immediately production of the military androids. It was their only recourse to maintain control of the government.

After a bloody war against the fascist religious sects, it was sworn man made religion would never be a part of mankind ever again. Only a spiritual GOD was allowed within the new DARK society.

With complete military rule, it was hard to believe it could possibly get worse, but it did.

On August 7, 2065 President Christine Jefferson appointed in a new list of judges who were NOT human. The new Supreme Court Judges were athletically logical, and completely android with the most suffocated AIA brain, capable of making any judgement in seconds.

They surpassed human judges a thousand times over.

There were Ten Appointed Judges, each with a selected name:

The first five years, the android judges did a remarkable job, cleaning up the riffraff of society causing serious harm to others. A select marketing team started a campaign across the world, referred to as :

The campaign made a bold statement how an android judge would help lock in security, adding a better quality of life. And, as an added bonus, each country who orders in the next 24 hours will receive an army of precision androids, at no extra cost. (*Shipping and taxes NOT included)

Countries scrambled to place in their orders, no matter what the cost! The unruly chaos made it a no brainer.

Soon, without anyone realizing the consequences, carbon copy android judges ruled each and every country across the world. Activists were swiftly silenced where hundreds of thousands mysterious vanished off the face of earth.

To keep the masses calm, an officially statement was released by Aphrodite herself; after all she WAS the, ‘Judge of the People’. Aphrodite was the most pleasing android of them all, fair skinned, brilliant sapphire eyes, athletically formed female body along with long braids of beautiful synthetic gold hair. Her soft voice added a sense of calmness, captivating any unsettled audience.

It was hard NOT to like her, in fact, most adore her.

Aphrodite announced to her people, ” Please do not be alarmed my children. I’m here to protect YOU and your future. Those in question have been detained in a federally inspected compound secured within an undisclosed area on Mars. Don’t worry, their needs are well looked after. It’s in the interest, welfare and safety of my beloved children.”

The crowd swallowed it up, hook, line and sinker.

It was rumoured the room was filled with a calming drug known as Oxycodoise, a derivative gas forming agent from the original Oxycodone. Like heroin, it’s sedative effects created a euphoric state of complete calmness.

With all the restrictions and techniques used to calm the masses, humans were still hard to control. Officials struggled to control a radical underground group, known as, ‘The Freedom Fighters‘. It was them who whispered the words, “These judges are nothing more than Executioners of the Free World”.

Freedom Fighters began spreading the word of fear across the world, stating unruly people were being rounded up and disposed of by means of an electrical gas chamber.

It was said to be the new Holocaust against Humanity.

This holocaust made all other genocides in the past look like a picnic in the park.  By 2070, the Executioners took away the freedom of expression and by 2075, they resolved the governments of the world, bringing in a military ruled government completely controlled by the Ten Judges.

It was named, ‘The United World of Americas’

Mankind was no longer in control of their destiny.  Mankind had become slaves to their own creation.

I hope you enjoyed my story. Each short story can be adapted into a screenplay.    Contact me here if you found interesting. 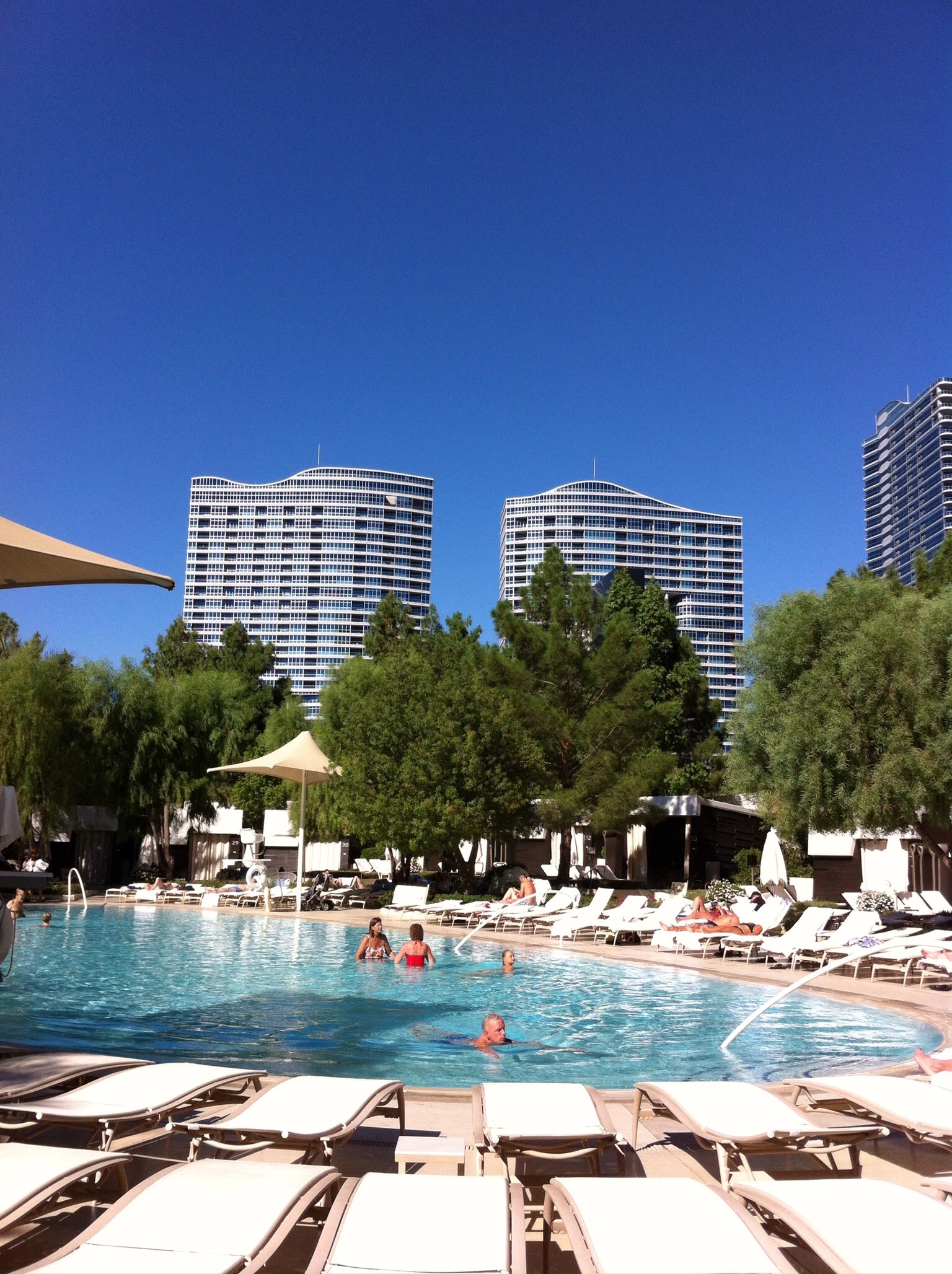 Question : Vegas Lovers – who are we?

Answer: We are a group of people who love going to Vegas, from newcomers to seasonal, going yearly or even 3X a year.

As a Vegas Lover, before Facebook was ever conceived, I started running a blog giving tips and reviews on hotels in Vegas. Zip ten years later and I look after a Facebook Page called Vegas Reviews.

It’s great Facebook offers free pages and groups to express and share their interest in a particular field or hobby. But in the past week, my FUN Vegas Reviews Page has been plagued by what we all call in this business as “Fake Facebook Accounts”. An annoying nemesis, where some say, are either from kids malicious pranks or questionable adults looking for people’s information.

Whatever or whoever THEY are, and what their true motive is, will remain questionable.

As you will notice, my followers list is lower than most conventionally, and for good reason. I have certain restrictions in place, to verify real followers and ban those who are just looking to bully or trash people in general.

Vegas Reviews is just about FUN.

I try not to think of why there are those kind of malicious people out there. It’s really kind of sad these kids or adults have to express themselves in this way.

So, as a FUN Facebook Page, I move on. 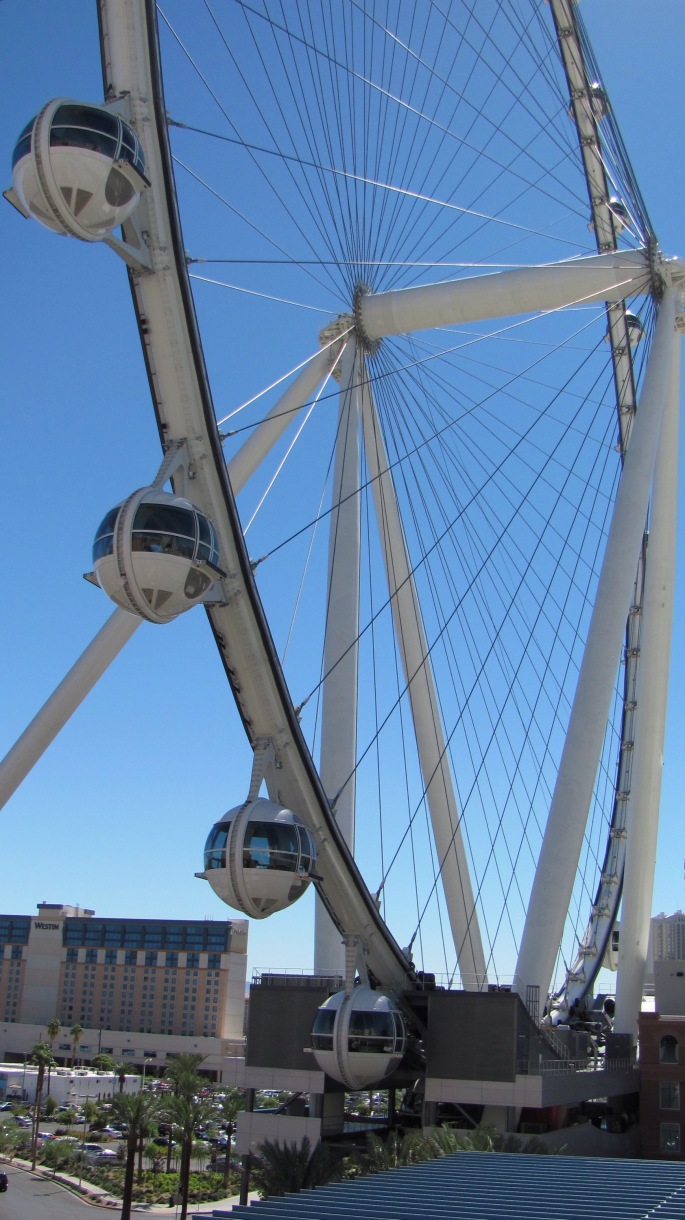 And on that note, I would like to thank YOU, Vegas Lovers for following my personal blog page, Vegas Reviews. It’s really cool that Facebook allow us to get together, world-wide to share and enjoy the most FUN we are having while in Las Vegas.

All the mega hotels, such as, Caesars Palace, the Wynn, including Encore, The Venetian and Palazzo, Aria Resort and Casino including Vdara, Treasure Island Resort (T.I.), Planet Hollywood, Mandalay Bay Resort, Cosmopolitan Resort and Luxor, go out of there way to make our stay in Vegas a FUN-FILLED vacation. (These are just a few of many good resorts in Vegas).

I personally appreciate the great service by the professional employees of all these establishments.  Thank you! Thank you!

I’m a screenwriter with a few screenplays under my belt, but my past time, vacation time, has always been Vegas. Be sure to check out my Vegas Blog for updates, tips and wonderful stays I have had. It helps newcomers and seasonal Vegas Lovers to make an informed choice.

You can also join me on Twitter: @vegasreviewsvg, including “About Me”

If you’re interested in my screenwriting, then check out my James Montana Scripts (be sure to check out all the pages, because my screenplay page is full of short stories).

Also, I just want to emphasize, my personal blog, Vegas Reviews Page is NOT affiliated with, funded, or in anyway associated with Vegas business corporations, hotels, entertainment or restaurants.

WE and or ME is a tourist, just like yourself. My advantage?

I’ve been going to Vegas since the 1980’s. But most importantly, it’s all about US together, sharing our FUN in Vegas together.

Thank you for all those who have shared your awesome photos of the fun you have had in Vegas.

And if you like to share your fun experiences or tips, please do at Vegas Reviews. I’ll be sure to pass them along to our Vegas Lovers. Please don’t be afraid to add your photo of Vegas too!

Pass along to your friends who you know love Vegas as much as we do. Of course, real people with a real interest in Vegas.

This is just a small list of hard working friends who all love Vegas.

Vegas is a great resource of affordable long or short vacations. So, let’s all continue having fun with Vegas Reviews and, “I will see you in Vegas!”

Thank you for being apart of Vegas Reviews and I hope to see you there, in real person. I truly appreciate the follow and friendship!