A Little about me : Screenwriterbari

I’m a Canadian freelance writer with a diverse background of college education with diplomas within the Arts & Architectural Drafting. Writing & filming has always been my passion,” I envision a story and bring it to life.”

My name is Bari Demers, presently living in Alberta working on intriguing stories, sure to captivate my audience.

Join me on LinkedIn to interact on a professional level.

I formed James Montana Scripts to present my scifi horror genre, BLACK ANGELS. Since then, it’s a growing collection of screenplays and scifi stories to hang out and get noticed.

The screenwriting program I’m partial to is Celtx. It provides me with an interactive diverse selection of formats, commonly used in the filming industry.

Here’s a selection of screenplays I’m working on now :

AGENT SKY – CIA agent. She’s frustrated with bureaucracy after a lope-hole lets an international criminal walk free, allowing him to illegally trade weapons with terrorists. Her darker side takes over.

MISSING UP NORTH – Young Hunter goes missing deep within British Columbia’s rugged wilderness, only to be hunted by an 800 lb Grizzly.

My screenplay “Missing Up North – Bloody Survival” is based on a true story around the mis-adventures of 20 year old hunter named Rivers, who went missing in the wild mountainous Chilcotin region by Williams Lake, B.C. for over 20 hours, only to be hunted down by a savage Grizzly.

BLACK ANGELS – War Hero Commander Cardin is forced to re-colonize on planet,BLUE EARTH, before their species is destroyed, accompanied by even an darker threat, BLACK ANGELS.

A fine blended genre of science-fiction and horror, sure to shake your boots off.

It’s based on the Alien theory where,over 100,000 years ago, an intelligent race came to Earth, changing mankind, but something went terribly wrong. This is their story.

It’s a family orientated story, Dr. Zen Callaway is a top roboticist working for his employer, Trillionaire CEO, Mr. Wiseman of TEMPRO Industries (Terraforming Engineering & Mining Resources Operations).  He convinces his wife Christine and his two children to embark on a new adventure, living on Mars, a new family-based colony. After his wife Christine goes missing in a mining mishap, his two kids Jeremy and Zoe are determined to find their mom by the help of a mischievous robotics feline named Osiris. The adventure turns up more than they expected leading them to the darker side of Mr. Wiseman.

THE JOURNEY – A physiological thriller. Teenager, Dylon is forced to protect his psychotic alcoholic mother, Sam, after authorities try to remove him from his home. (Screenplay is in its preliminary stages at this time)

MEET MY FRIEND – an emotional story of a young teenage girl who finds out her long time friend isn’t a friend after all. Deceit and Betrayal leads to revenge. (Screenplay also in its preliminary stages)

Even though screenplay, BLACK ANGELS requires CGI visual effects at a higher budget, it’s a perfect fit for the movie screen and may entice major production companies. It has the potential to becoming a blockbuster trilogy.

Whereas, my other screenplays are formatted for indie films, with a smaller accessible budget.

I hope you enjoy my screenplays and find them intriguing.

Come join me on Twitter if you love science-fiction,horror, anything NASA and my past time Vegas.
Enjoy Pinterest ? I’m over there too… 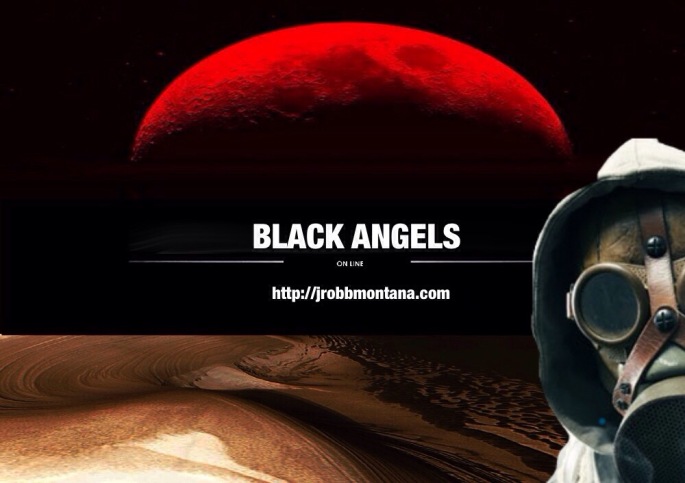 One thought on “My Collection of Screenplays”