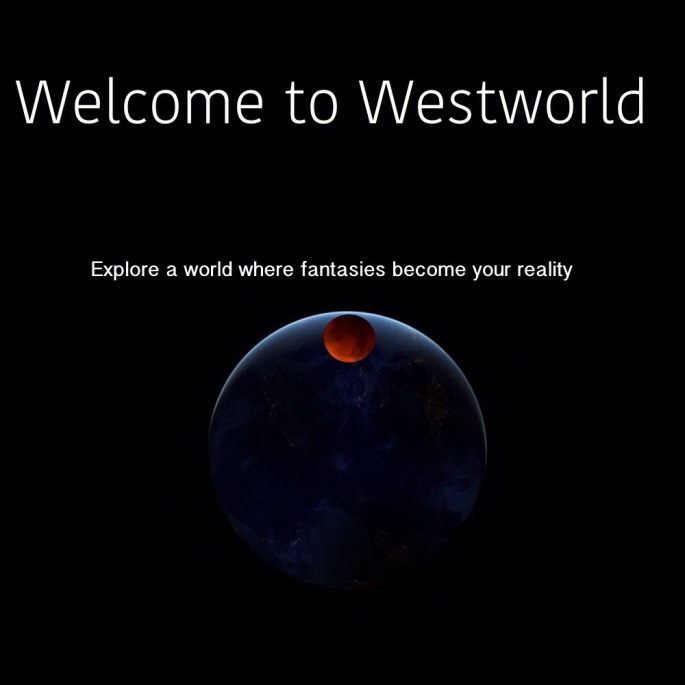 This is exactly what Westworld Director Jonathan Nolan wants to hear from his fans. Did you know the writing team is a family affair? Johnathan’s brother, Chris is writing, as well is his wife, Lisa Joy. Chris also help write Interstellar ( which I may add, a part of the movie was filmed in Alberta Canada) and The Dark Knight.

Westworld continuing Episodes 3 and 4 are indeed worldly quirks to think about – It raises questions we’ve been asking ourselves for sometime now :

It really makes you think!

All of these are valid questions in our real world, but what about the growing fanbased questions and concerns in the HBO WESTWORLD TV Series?

This last piece could be mean something.  If you discover the Orion constellation you will realize the rectangular shaped constellation consists of four stars —Rigel, Betelgeuse, Bellatrix and Saiph.   The three stars (approximately in the middle) of Orion’s Belt—Alnitak, Alnilam and Mintaka.

So – what does this mean ? Is it a quest for another planet ? Can WESTWORLD be located on different planets throughout our the Milky Way Galaxy?

In the original WESTWORLD ( 1973 film) there were Three THEME PARKS.

Is it possible Westworld is on one planet and Medieval World, along with the Roman World ( showcasing the ancient Roman city of Pompeii) will be on their very own planets?

Indeed, it will be interesting to see where each episode will takes us. What I’m figuring is, the First Season will be all about West World, while the adjoining Season Two and Three will lead us to the Theme Parks mentioned.  ( I hope so 😎)

BUT – it’s also mentioned the sketch of Orion is incorrect due to there’s four points along Orion’s Belt, instead of three.

Now this interests me too, because if you follow past Orion’s Belt, it will lead you to a fourth star named Sirius. This immediately leads into my screenplay BLACK ANGELS. Of course, it’s impossible to believe Jonathan Nolan knows anything about my screenplay.

It’s my belief, in the Westworld’s first season the MiB ( Man in Black) will eventually find the route of the maze, he so desperately needs. It’s obvious the MiB is an experienced Gamer ( I have calculated with 30 years of experience he’s spent approximately $7 million throughout the years). We now know his foundation is well known in the real world as a couple of fans approached him, trying to compliment the foundation for saving one of the fans sister. Surprisingly, MiB is NOT impressed with the fans and basically tells them so in a harsh dialogue,”This is my f—ing vacation,” going on by threaten them, saying he would cut their throats.

Apparently he doesn’t want anyone interfering with his game.

It’s also suggested, MiB could have an insider who’s helping him to achieve his goals. In essence, there’s already a growing group of viewers suggestions stating the “Men in Black Theory”.  It will be interesting to see the outcome of the MiB.

It’s possible an INSIDER of the Park is responsible for changing the robots goals, giving them their own consciousness. Could it be the illusive Arnold who (according to Dr Ford) is suppose to be dead?

MiB Dialogue: “A man named Arnold was the original settler of these parts. He created a world where you can do anything you want, but you can’t die. No matter how real this world seems it’s still just a game. But then Arnold broke his own rule. He died right here in the park, except I believe he had one story left to tell. A story with real stakes, real violence. You could say I’m here to honor his legacy.”

So my question : “Is Arnold really dead?”

In case your not up on Arnold, he was a partners with Dr Ford (in the beginning ) creating Westworld. It appears (according to Dr Ford) Arnold became to emotionally close to his creations, as Dr Ford only relates the robots, simply as a tool or machine. We all know Dr Ford is extremely powerful in making the final decisions and warning  others not to stand in his way.

And finally, who’s this Wyatt?

Is Wyatt the final goal to the puzzle? Is Wyatt somehow related to Arnold? Will the MiB gets his answers once he meets up with Wyatt.  Surprisingly enough, it’s Dr Ford who uploaded a new program about Wyatt into Teddy’s collective circuitry head of his.

And on that note.

Poor, poor Teddy Flood, the host who’s always in pursuit of Delores. Unfortunately he will never get his girl and always ends up either dead or prey lose to death.

This being said, will Teddy one day get his revenge?

The first season of HBO’s Westworld is going pretty strong and hopefully it will continue. Not like it’s counterpart, Beyond Westworld ( in 1980) who’s short-lived TV series was supposed to follow by the two great films, Westworld and Futureworld in 1976.

The new HBO Westworld is certainly going places and I’m so happy for that, as most science-fiction films don’t usually have a good record in the film industry. But with Star Wars, Star Trek, Aliens Trilogy, the Marvel’s Guardians of the Galaxy, Captain American and The Martian film, just maybe with the new millennials generation, there’s finally a new hope and drive towards SCIFI.

One day I hope to see BLACK ANGELS as the next blockbuster science-fiction film.