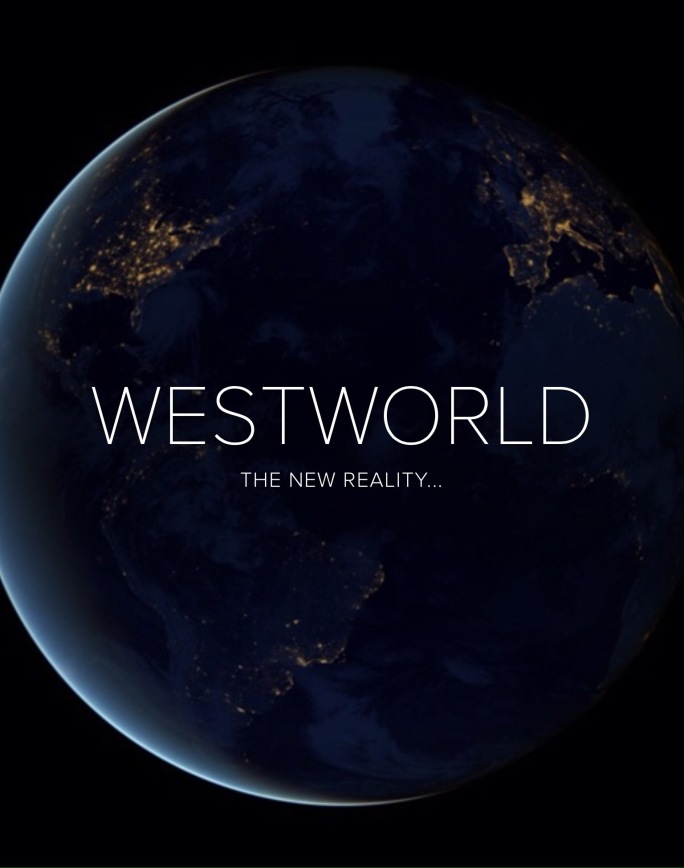 I’m very excited to see the new TV series Westworld, originally written and created by no other than Michael Crichton.

If you don’t, let me refresh your memory. Michael started out as a physician and quickly transformed into the best-selling author, screenwriter, director and producer. Most remember him for his favourite work like Jurassic Park, The Lost World, Sphere, The Andromeda Strain, Disclosure, Rising Sun, Timeline and Prey.

Including my prized science-fiction western-thriller, Westworld. The script was written in 1972 with the movie released on November 21, 1973. The production of Westworld had complications due to the strong-arm approach by MGM Pictures (Studios). With a low budget of under a million dollars, there wasn’t enough money to go around. Like any artist, Michael was frustrated, as he had no control over casting, along with constant script changes. Apparently, the lead actors weren’t signed on until 48 hours before production, including the famous Yul Brynner, himself.

As said by Michael Crichton, “MGM had a bad reputation among filmmakers; in recent years, directors as diverse as Robert Altman, Blake Edwards, Stanley Kubrick, Fred Zinneman and Sam Peckinpah had complained bitterly about their treatment there. There were too many stories of unreasonable pressure, arbitrary script changes, inadequate post production, and cavalier recutting of the final film. Nobody who had a choice made a picture at Metro, but then we didn’t have a choice. Dan Melcnick… assured [us]… that we would not be subjected to the usual MGM treatment. In large part, he made good on that promise.”*
And to think the film, Westworld was shot in only 30 days.

Considering the comparison of today’s blockbuster productions, it was quite an accomplishment, to say the least. However, the overall success of Westworld came in two stages. After the original release in 1973, the box offices recorded over 4 million dollars, while the second release in 1976 produced a whopping 7 million in sales. Michael Crichton had made his mark and soon became famous throughout the film industry as an accomplished screenwriter and worldwide novelist.

WESTWORLD AND MY NEW PERSPECTIVE

When I finally had the chance to watch Westworld, I was at awe over Yul Brynner’s performance, the plot and how my addiction for science-fiction was completely satisfied. As far back as I can remember, I’ve had this unconscionable thirst for scifi thrillers.

It’s in my blood.

During this time in my life, I couldn’t afford to see film premiers at the theatres, so I had no choice but to patiently wait until a movie presented itself on TV. In the summer of 1979, the opportunity presented itself, when I was getting ready for my two year college term in Kamloops, BC, training for an architectural draftsman. Having to travel from my home (Vernon, BC) to Kamloops every weekend, I soon became familiar with my tedious route. Halfway through my route, it wasn’t hard to noticed a small farm town in the middle of nowhere, named Westwold. Every time I traveled past through this quiet little unincorporated settlement, it seemed deserted. There were buildings, the little church and a school, but surprisingly I never saw any signs of life.

It was an eerie feeling.

I never thought anymore about it until in the fall of 1979, when in September the TV producers would start off the new season introducing viewers to movies, finally released on television. With my constant thirst for science-fiction, I eagerly waited for the new TV release. Remembering the hype, I was pleasantly surprised to hear the showing of WESTWORLD.

I was in heaven!

As I watched the film, it became apparent I was awestruck by the storyline. In fact, weeks later, you could say I was in a state of euphoria. So much so, my routine visit past WESTWOLD turned into the most peculiar outcome. Taking on the usual corners ( as a speed demon) along the mountainous road with my little foreign car, ( a Mini-Austin, now known as a Cooper) my perspective of this little settlement changed forever! With a completely different mindset, my eyes quickly zeroed onto its first citizens, walking along the roadside, as if in a trance.

My wild imagination took off like never before, as I imagined the citizens of WESTWOLD as humanoid androids. To this very day, I refer the small settlement of Westwold as WESTWORLD, where human-like robots have secretly taken over this slumbering western village, in the heart of the Thompson Okanagan region of British Columbia.

My new prospective of WESTWORLD and its relationship to Westwold will always be with me, as I get ready to watch the much anticipated new TV Series, WESTWORLD, premiering on October 2. 2016. The pilot, featuring the wonderful Anthony Hopkins (as Robert Ford), the creator of Westwood, (a futuristic theme park to amuse its unaware guests) is sure to deliver one of the most thrilling science-fiction thrillers in this 21st century.

Well, this is what I envision will happen,  Westworld – The New Reality.

By Bari Demers – screenwriter and freelance writer, ” I envision a story and bring it to life” JAMES MONTANA SCRIPTS.

9 thoughts on “Westworld- The New Reality”