I like to tell you a story of LUNA – the Orca Child of Mother Earth, the giver of Peace and Forgiveness.
But before I do, it’s important to understand the Cycle of Life, the Legends and Symbology of the First Nations People.
(If you care not to understand, feel free to zip down the page to my story. But you will miss the references and find it hard to relate to the legends of the First Nations People)

UNDERSTANDING THE MEANING OF MY ART PIECE : THE CYCLE OF LIFE

The Cycle of Life : After 5 years of drawing West Coastal Native Art pieces and studying the First Nations People heritage and how they incorporated their legendary stories within each symbolic art piece, I began drawing and painting my own designs.
In this particular design I called it : THE CYCLE OF LIFE in respect to little Luna, the Killer Whale that lost its life on March 10, 2006 (aged 6) in Nootka Sound, on the west coast of Vancouver Island.

FIRST – Let’s understand the legend of each Spiritual Life Giver in respect to the First Nations People.

As you can see in the centre piece, there’s an Orca Killer Whale representing strength and a family bond. The Killer Whale symbolizes the Spirit Guardians of the Sea. It’s been said by the First Nations People, when a human being dies at sea, their soul transforms into a Killer Whale, who protect them from Sea Monsters.

The bonding of family is due to its close net of pods, from hunting to protecting its young from harm. It’s even been known to have killed an aggressive Big White shark, in order to protect its young.

On the right side, you can see the Thunderbird.

On top of my art piece is the Spirit Bear.

It has been said, 5000 years ago,in a small village named Yuquot their lived the first people – the Muchalaht off the coast of British Columbia.

The story of the great white Spirit bear, known today as the Kermode, was handed down to their children. It is said that Creator, the Raven, decided to create a reminder of when the world was once covered with ice and snow.

The White Bear is that reminder – READ MORE my about article, “Night of the White Spirit Bear”

Moving on, the left side is the Great Bald Eagle.

The eagle is a very sacred bird of the sky and it can spiritually transform itself to the First Nations People. The graceful eagle represents power and prestige and is a sacred living spirit offering the gift of predicting the future. The future usually comes with good intentions and prosperity.

In the centre you find a circle. The circle symbolizes a few things. First it symbolizes the Sun.

During my studies with the First Nations People on Vancouver Island and the Okanagan, I was referred to has the “Little Bear in the buckskin coat”. Reason being, when a First Nations People first set eyes on you, it’s that moment in time they relate it to you, what they see and where you are.

As I always wore my buckskin coat (specially design for me) and the fact we were fishing at the time, the next events in time, gave my spiritual name.
Within minutes of fishing in a canoe on a mountain lake, a lonely bear cub came out of the wilderness to have a drink.

My Spiritual Self was quickly named,”Little Bear”. A celebration of life representing strength, humility and kindness. In school, my classmates always referred me to as “buckskin” and the First Nations People ( Okanagan people, spelled Okanogan, called themselves Syilx) would from now on greet me as Little Bear.

AND – the last thing I would like to point out, I have maybe 1/8 of Cree in my blood, but that’s pretty much it. My heritage is mostly Italian and French. Believe you me, when I say, those Frenchmen got around.
My French family goes way back to settlers who first arrived in Tadoussac, a village in Quebec, Canada somewhere around 1600. They were trappers and had close contact with the First Nations People.
The Innu, Atikamekw, Maliseet, Algonquin, the Naskapi and then eventually the Cree. The Cree were close relatives of the Naskapi in the Cree village of Whapmagoostui, on the eastern shore of Hudson Bay.

MY SPIRITUAL STORY OF LUNA :

LUNA, the Orca Child of Mother Earth, the Giver of Peace and Forgiveness


This is my own interpretation, a story from the drawing you see now :

The Orca Killer Whale is the Spirit Guardian of the Sea. It’s the master of all living things in the sea, but needed help to fight the new threat, the growing pollution of the seas.

After much discussion of its people, it was decided to call on all the spiritual strengths from the sea, the sky and the land of Mother Earth.

One day the leader of the Orca Killer Whales, known as LUNA, the Orca Child of Mother Earth, the Giver of Peace and Forgiveness, made an alliance with the Thunderbird and the Great Bald Eagle, under the Sun of the First Nations People.

Under the watchful eye of the Raven, Luna swam to the shores, giving notice to the Strangers-of-the-Land, announcing how the pollutions of the seas are destroying the very Life of the Sea, causing harm to Mother Earth.

Luna also warned the Strangers-of-the-Land, the Underworld of Evil is near and you should take heed to these warnings.

The Strangers-of-the-Land mock Luna, saying it was nothing more then a stray orca and said, ” Let’s capture him and he will be our new pet!”

Outraged by the Strangers-of-the-Land, the First Nations People demanded protection of Luna and heed caution to his very words.

“I say to you all,” the Grand Chief of the First Nations People, as he bellowed a thundering cry,”Take caution to the words that Luna speaks, for I hear him well. Go forth and clean up the seas and respect the lands of Mother Earth before there’s no turning back. Luna has come with wisdom and peace and all you can do is mock him?!”
The Strangers-of-the-Land laughed at Luna and the Grand Chief of the First Nations People, telling them to go away. With sadness, Luna cried with grief, as he knew the outcome, before it happened. A sacred gift, given to Luna by the Great Bald Eagle.

In a last ditch effort to free his people from the destructions of the seas and land, and to bring notice to the Strangers-of-the-Land, Luna sacrifice himself, to bring forth the cries of his word across all the lands and all the seas of Mother Earth.
And so, it was done.

One cloudy day, one of the Strangers-of-the-Land’s boat hit poor Luna, killing him instantly. It was then, the world across the lands and seas heard the outcry of Luna, the Orca Child of Mother Earth, the Giver of Peace and Forgiveness.

The world stood still, as they realized what they had done.

The word was given by the sacrifice of Luna, the Giver of Peace and Forgiveness. Mother Earth heard the cries of Luna, sending forth great tribulations of violent seas and thundering earthquakes across the lands, causing havoc to the dwellers of this earth.

To this very day, earthquakes, tsunami’s, tornados and cyclones remind man to take heed to its warnings and clean up the pollutions of its lands and seas, before it’s too late.

Mother Earth will only warn you so many times to respect the sacrifice of Luna, the Orca Child of Mother Earth, the Giver of Peace and Forgiveness

After this time and Luna’s warnings are ignored, Mother Earth will swallow up mankind forever. 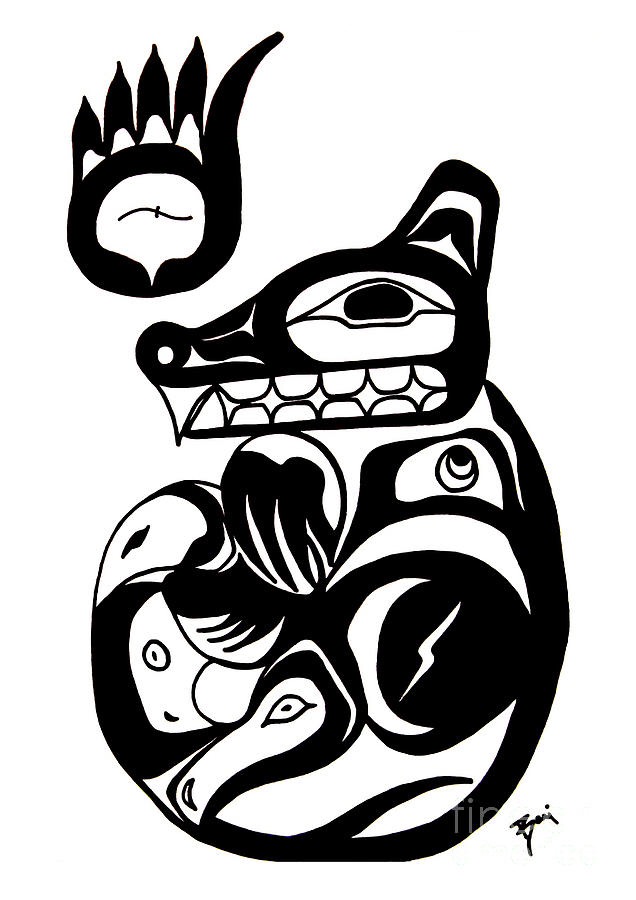 One thought on “LUNA – the Orca Child of Mother Earth”